The Foxy Five is web series directed by Jabu Nadia Newman, a 23 year old Capetonian. With sincerity and attentive realism, each one of the five 15-minute episodes delves into a specific issue, played out through the diverse but complementary lives of the five friends. Positive reception across the social networks was quick to come, together with the campaign that helped fund the project. A combination easily explained as a result of the political awakening within her generation in South Africa, Newman points out. 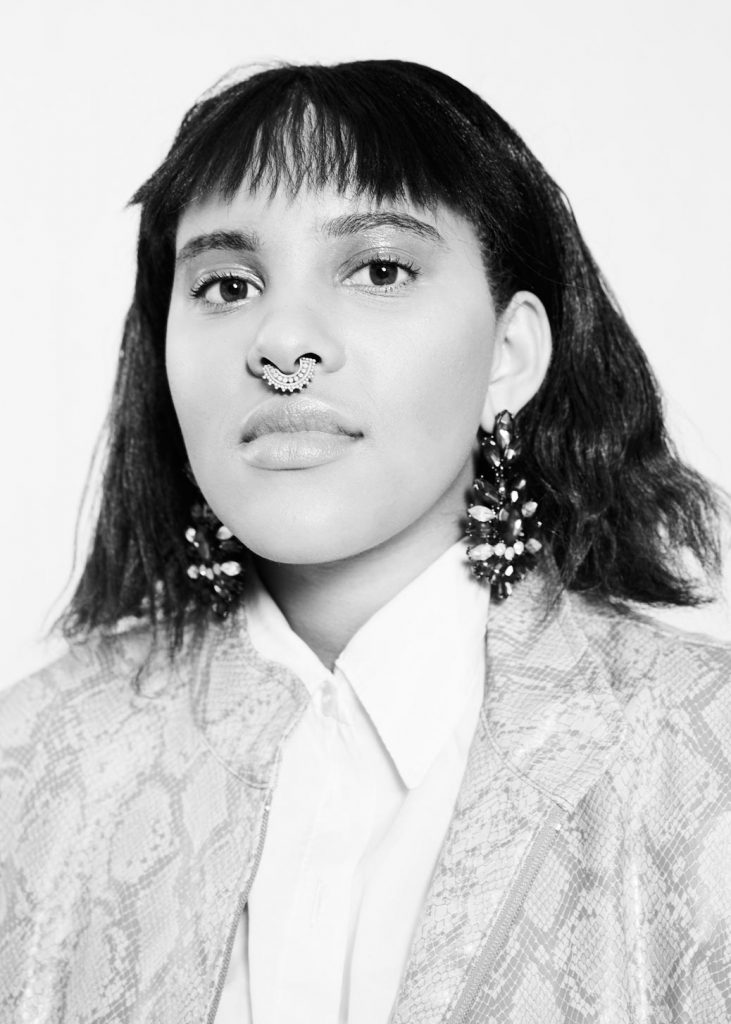 Creating outstanding characters
“I’ve always been in a very political family but I’ve never been surrounded by contemporaries who were also very politicised. And well, speaking about these concepts I’d never heard about, like intersectional feminism, that was really interesting to me because I’ve always wondered what feminism meant in the 21st century and how it still mattered to us”, Newman reveals. A huge admirer of Kahlo’s work, the young filmmaker and photographer decided to create The Foxy Five, firstly for herself, because she believed that the project might answer her own questions regarding feminism. 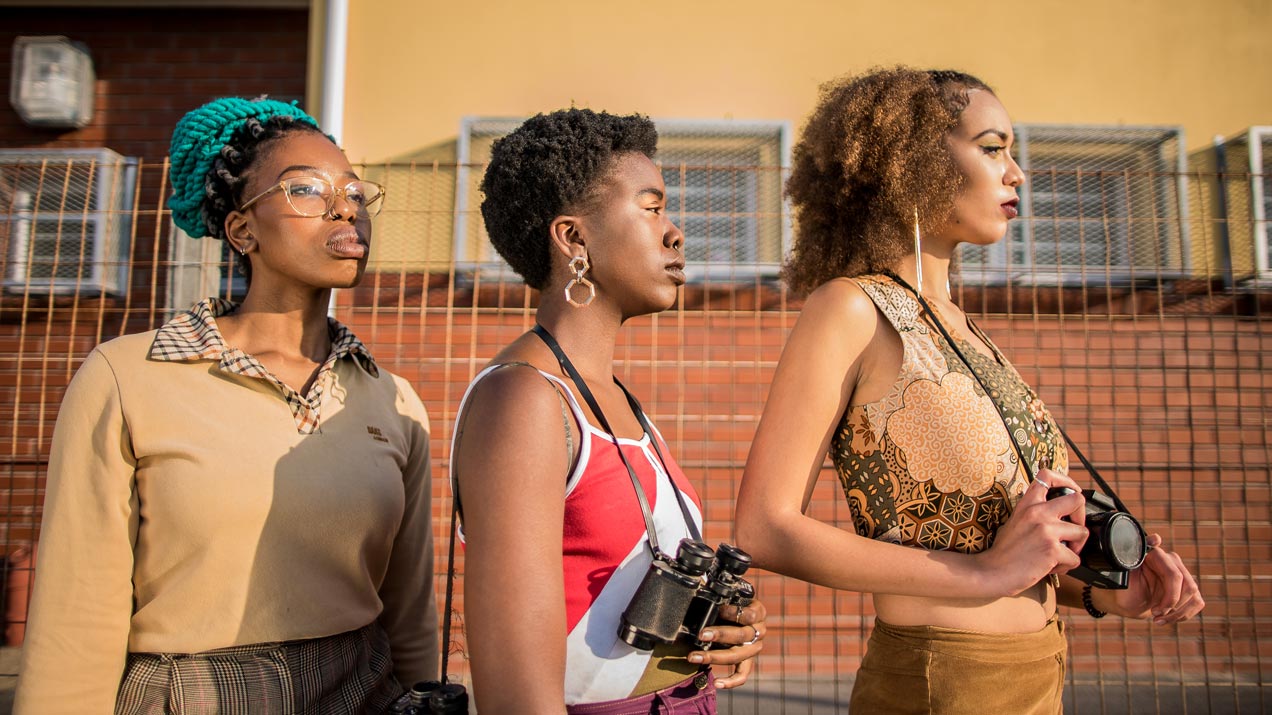 Clearly inspired by Blaxploitation (an American genre emerging in the 1970s which featured majoritarily black casts and immediately recognisable aesthetics), each character reflects an archetype often found in our own social circles or along the feminist  journey: the hippie, the intellectual, the panafricanist, the revolutionary, the sexually liberated woman. In the Foxy Five family, we meet: Blaq Beauty, a feminist who is the “wife of Martin Luther King and mistress of Malcolm X”. Radical, preparing for an imminent armed revolution and proudly chanting “black power” with a clenched fist. Next, we are introduced to Femme Fatale, the queer, experienced and sexually knowledgeable friend who is never afraid to experiment and is always equipped with a cheeky anecdote. Moving on to Unibond, our narrator fighting for the unification of panafrican and African womens’ movements. Impossible to forget is Prolly Plebs, the woman who wears her (naive) heart on her sleeve and for whom, love conquers all. Finally, we have WomxnWe, the intellectual, the prude, a sufferer of mental illness and a walking encyclopedia of the feminist movement and intersectionality.

Intersectional feminism? What’s that?
The term ‘intersectionality’ was first conceived by the feminist academic Kimberlé Crenshaw in a study, published in 1991, on the violence faced by working-class black women in the US. It enabled an analysis of the different forms of domination that an individual could experience —race, class, gender, etc. For instance, a black, immigrant, working-class, disabled-bodied, lesbian, muslim woman does not have the same status in society as a white, French, upper-class, able-bodied, heterosexual, catholic, cisgender man. Despite the epistemological debates that it provokes in scientific circles, “intersectionality”, as a term and an analytical tool, is being used more and more widely among feminist activists.

In her 1981 Ain’t I a Woman? —whose title refers to a speech of slave-born abolitionist Soujourner Truth— the American feminist and intellectual Bell Hooks lays the foundations for what Black feminism is. This school of feminism, inherently intersectional, shows that the struggles of a black, Arabic or Asian woman, are not the same as those of a white woman. “For some, intersectional feminism means chaos… So I wanted to write a script which would describe or explain it. I understood class difference, that one can be oppressed and also be the oppressor, and that it’s important to be aware of your privileges”. In an meticulous effort to depict accurately the realities of South African millennials, in the fourth episode on Youtube, Jabu Nadia Newman looks at transmisogyny and the discriminations that trans women suffer. 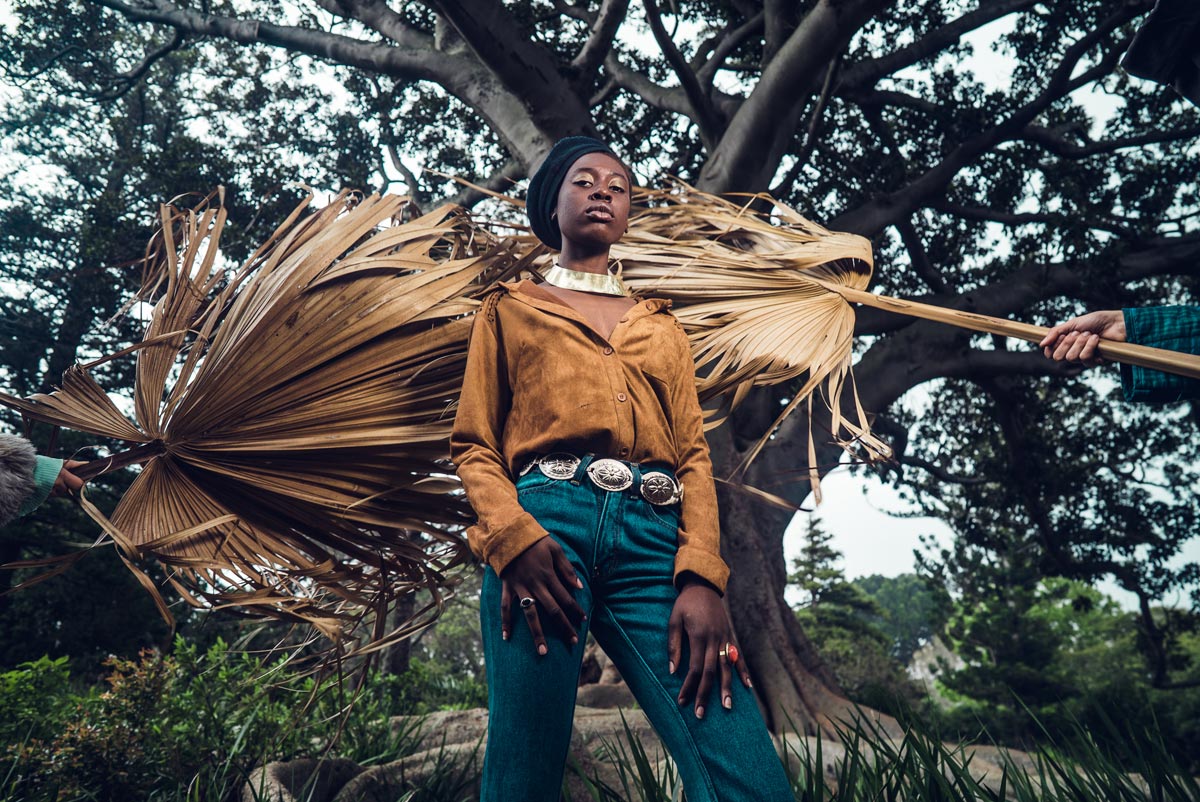 « I want my web series to be seen by the young women who don’t have the opportunity to read and study these concepts. »

When a web series becomes a classroom
Watching the sisterhood, we confront issues such as: sexism, street harassment, patriarchy, white supremacy, the LGBTQ movement, gender, social privilege and mansplaining, among many others. All of this is executed with a register that makes these often over-intellectualized concepts accessible. “I wanted to make Foxy Five for the younger generation who don’t have access to media, to understand the concepts, to watch this and without knowing what feminism is, to recognise it through everyday experiences. My goal is to get on television. For those who have a television but no internet. I want my web series to be seen by the young women who don’t have the opportunity to read and study these concepts.” 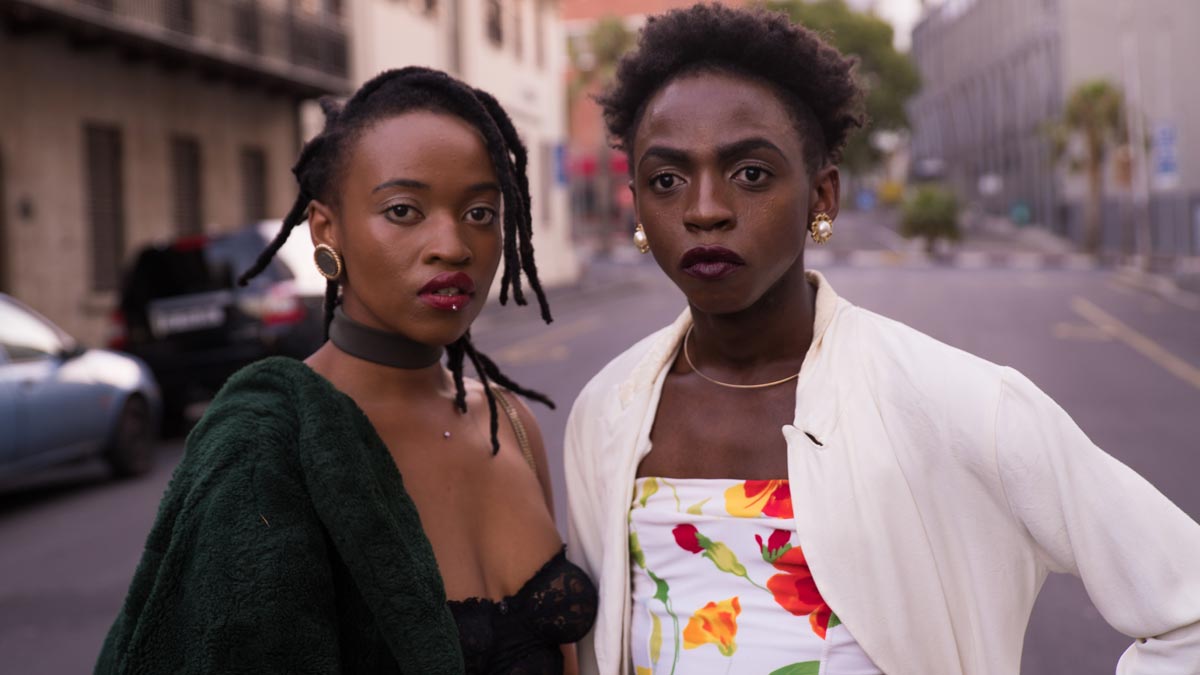 In a country which still bears the scars of its history, Jabu Nadia Newman belongs to the born free generation (who were born or grew up after the end of the Apartheid in 1994). After the #FeesMustFall movement in October 2015 and #PretoriaGirlsHigh protests during the summer of 2016, she was thrilled to see the sudden politicisation of young black South Africans. “When the Pretoria High girls were protesting, it was amazing to see how the little ones were fighting for things that, we, as an older generation didn’t recognise at their age. They were just like “Wow, it’s fucked up that black women can’t wear their afros.” I think it’s amazing to see the dynamics in current conversations! Before #FeesMustFall, women were just going to university. But now, we also speak about feminism, politics and society.” Just like her  five characters on the internet.

The adventures of these ordinary heroines happen in a world that we recognize, quietly deconstructing stereotypes of black women. Quite brilliantly, Newman strikes several sensitive chords, leaving only one regret: the series’ —too short— format.

Never run out of creativity and inspiring stories! Subscribe to our newsletter.

The Foxy Five, the South Af… 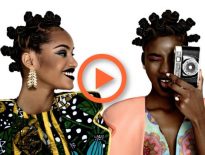 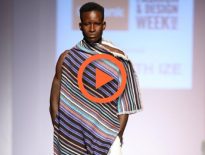